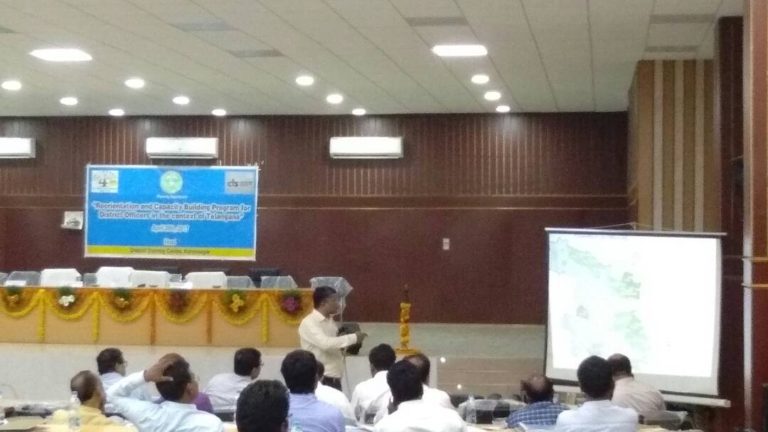 In the wake of the reorganization of districts in the State of Telangana, the State Government in collaboration with Dr. Marri Chenna Reddy Human Resources Development (MCRHRD) Institute took a lead in reorienting and capacity building the District Officers and Head of the Departments (HODs). The programme was attended by 120 HODs and District Officers from Karimnagar and Rajanna Sircilla districts.

The following officials presided over the inaugural session:

The inaugural address was delivered by Dr. G R Reddy. In his address, he mentioned about the activities of CIPS and also explained how it could be of help to the HODs/District Officers

The welcome address was delivered by Prof. Gautam Pingle.

The sessions with a brief description for each are as follows:

The presentation started off with the historical legacy of Telangana economy. The speaker focused on the macroeconomic trends in the State of Telangana i.e. the data pertaining to the Gross State Domestic Product, Growth, per capita income, employment. A sectoral analysis was presented, this comprised of Agriculture (Primary), Industrial (Secondary) and Service (Tertiary) sectors.

« Kalinga Institute of Social Sciences (KISS)
Visitor of the Month »